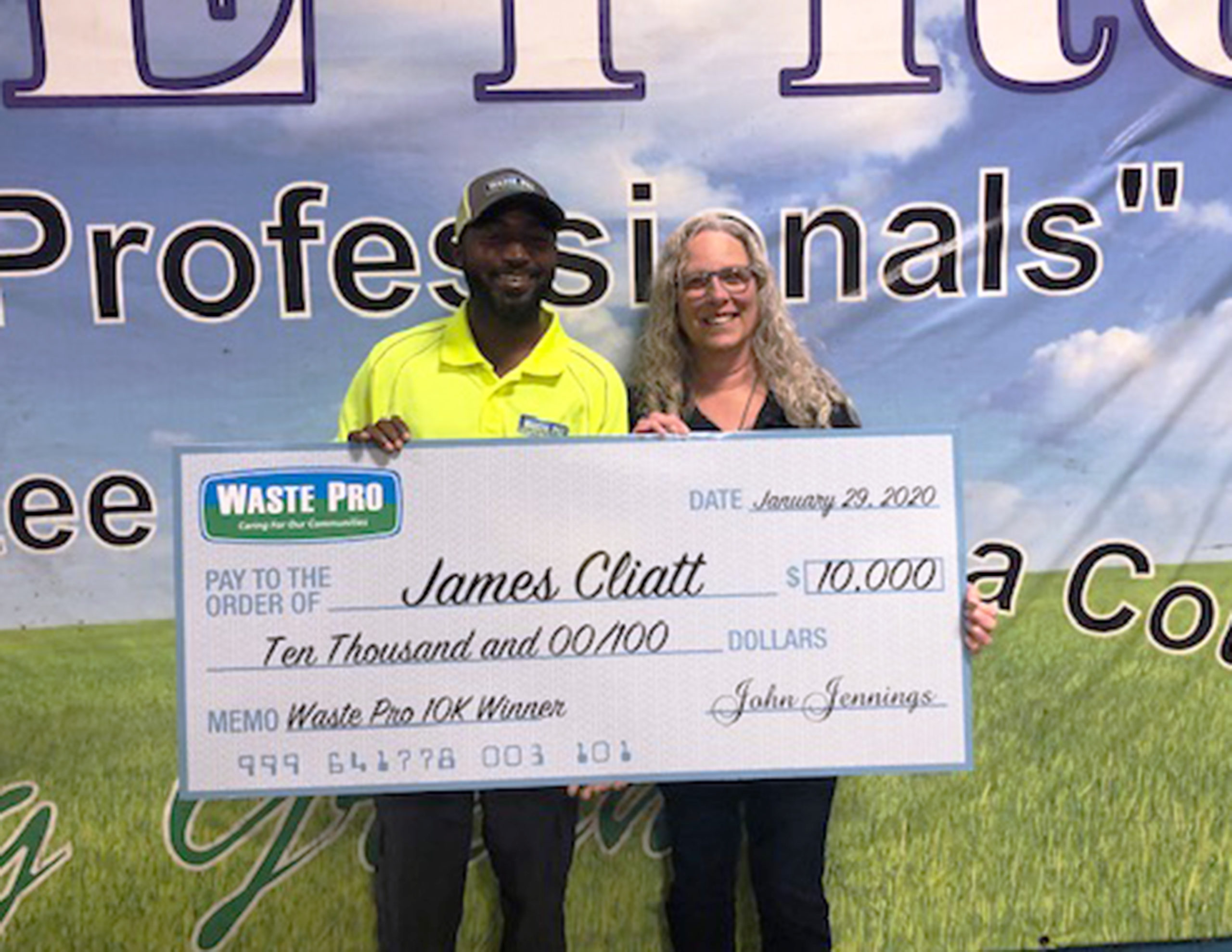 Garbage collection is one of the most dangerous jobs in the United States. In 2018, refuse and recyclable material collectors had the fifth-highest fatality rate of any occupation, with 37 deaths that year, according to the Bureau of Labor Statistics.

In an effort to promote safe driving habits, Waste Pro established the $10,000 Safety Award in 2004, which is awarded to drivers who maintain a spotless work record for three years, including: no accidents, injuries, or property damage, a positive attitude, a strong attendance record, and a well-kept truck. To date, Waste Pro has awarded more than $4.6 million to its drivers.

“James shows everyone, every day, the Waste Pro Way,” said Division Manager Bob TenHaaf. “Not a month goes by that we don’t get accolades from people who think he is great. He always does his job with a smile.” 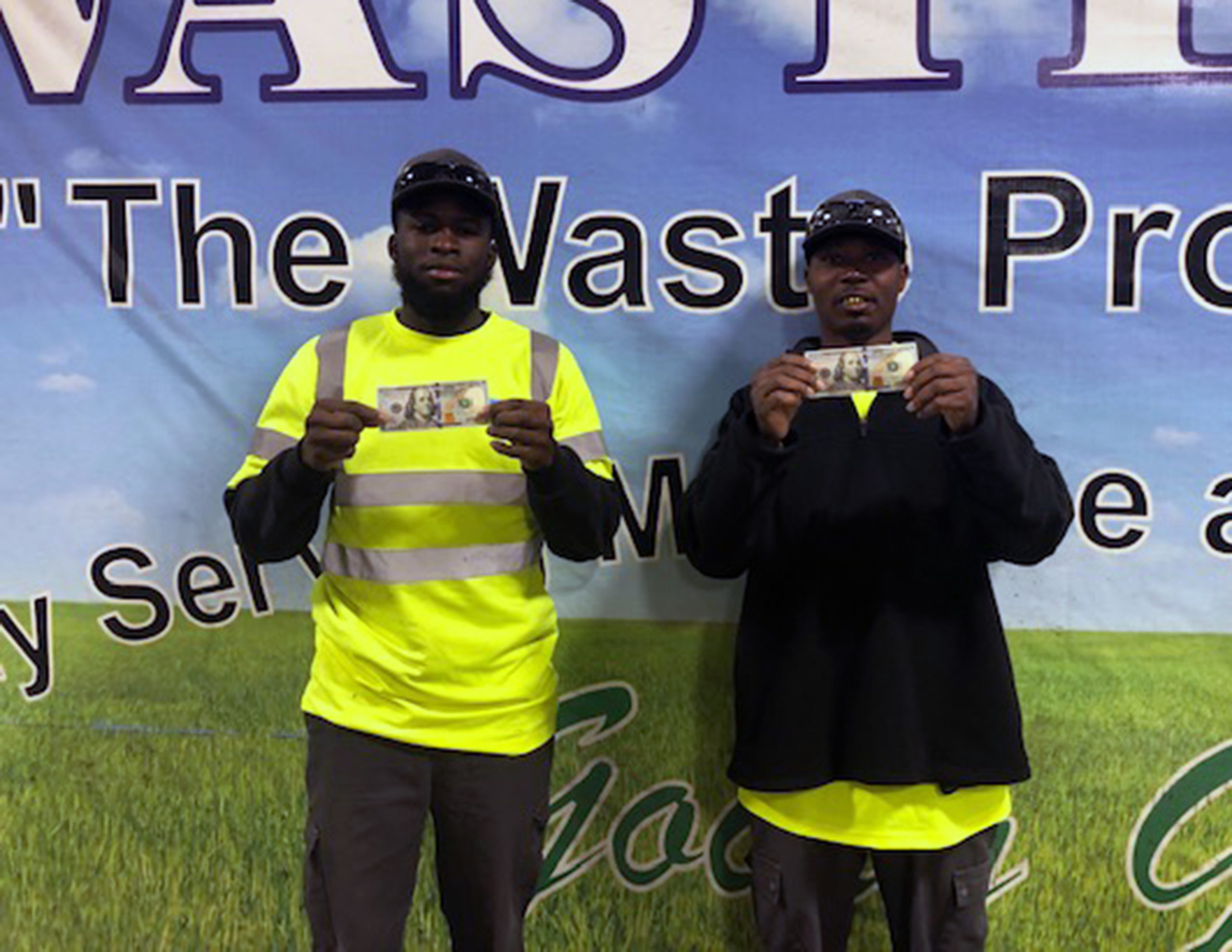 In addition to Cliatt’s award, driver/helper duo Willie Wade and Rashaan Cherry received a “Franklin Award” of $100 after customers in the area reached out to the Sarasota Division to recognize their great service.