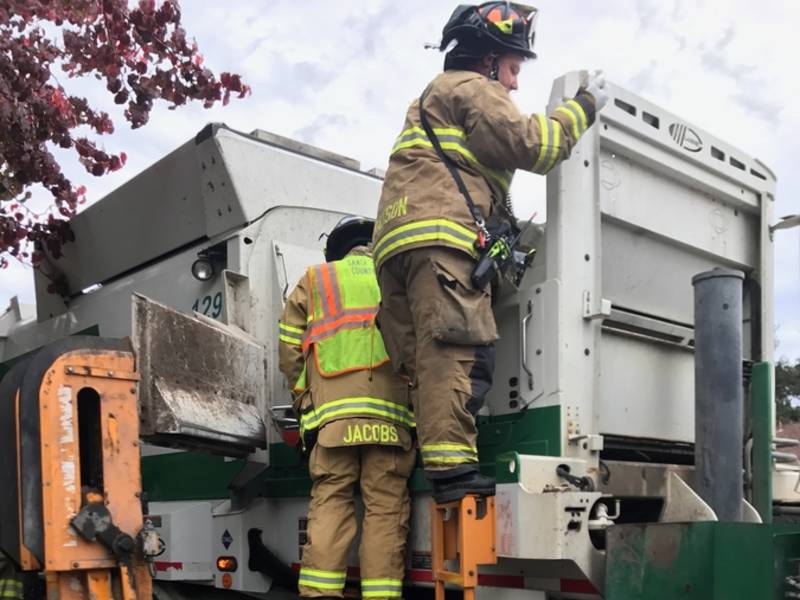 LOS ALTOS, CA – A man was rescued from the compactor of a garbage truck this morning in Los Altos after becoming stuck inside of it, according to Santa Clara County fire officials.

The man, whose age or affiliation with the unnamed garbage truck company wasn’t released, got stuck in the compactor around 9:30 a.m. today, fire officials said, but was not pinned in the machinery.

Ten fire personnel responded to the incident, which was reported on Nightingale Court, according to Luisa Rapport, spokeswoman for the Santa Clara County Fire Department. “Upon arrival, rescue crews found the individual in the compactor,” Rapport said.

He was extricated from the truck just before 10 a.m. and taken to a local hospital with non-life-threatening injuries.