Service — Stewardship — Education. These are three of the words that describe what we do, as well as who we are, as a full-service refuse hauling, transportation, and recycling company.

Since 1956, Homewood Disposal has continued building its business on the core values of founder Wendell (Wendy) E. Yonker. Those values, loyalty and integrity, inspire our ongoing commitment to provide “the kind of service others only promise.” Homewood Disposal provides residential, commercial, industrial, special hauling, sweeping, recycling, and portable restroom services to thousands of residential customers and 12,500 commercial customers in 80 communities. Over the years, Homewood Disposal has acquired other companies, including Nuway Disposal, Star Disposal, Kankakee Disposal, Tinley Park Disposal, Heartland Disposal, and Star Disposal of Indiana. Yet, no matter the name we go by in your service area, we operate under the same core values…and the same trusted teal color!

Wendell (Wendy) E. Yonker started Homewood Disposal in 1956.  Wendy still puts his time in at the office. His commitment to quality service is an inspiring example.

GET THE WHOLE HOMEWOOD DISPOSAL STORY

An Ongoing Commitment to Service, Stewardship and Education

Even after 60 years, Homewood Disposal strives each day to provide a superior level of service to customers throughout our expansive service areas in Illinois and Indiana. We offer reliable trash, recycling, and dumpster services for residents, and economical, efficient, and environmentally-responsible waste and recycling solutions for businesses.

Homewood Disposal is committed to protecting the environment. Partnering with customers in our stewardship of the planet, we have been providing residential recycling since 1990, and today process an average of 600 tons of materials in our state-of-the-art Material Recovery Facility. In addition, our refuse trucks run on compressed natural gas, or CNG, a clean burning fuel. We have also established two CNG stations, one of which is open to the public.

Homewood Disposal is passionate about teaching the next generation about the importance of recycling and its benefit to the environment. Company representatives regularly visit schools and encourage youth in celebrating Earth Day through special contests and activities. Students always enjoy a visit from our education program mascot, Wendy the Waste Truck. We also welcome groups to our facility and classroom for on-site field trips. 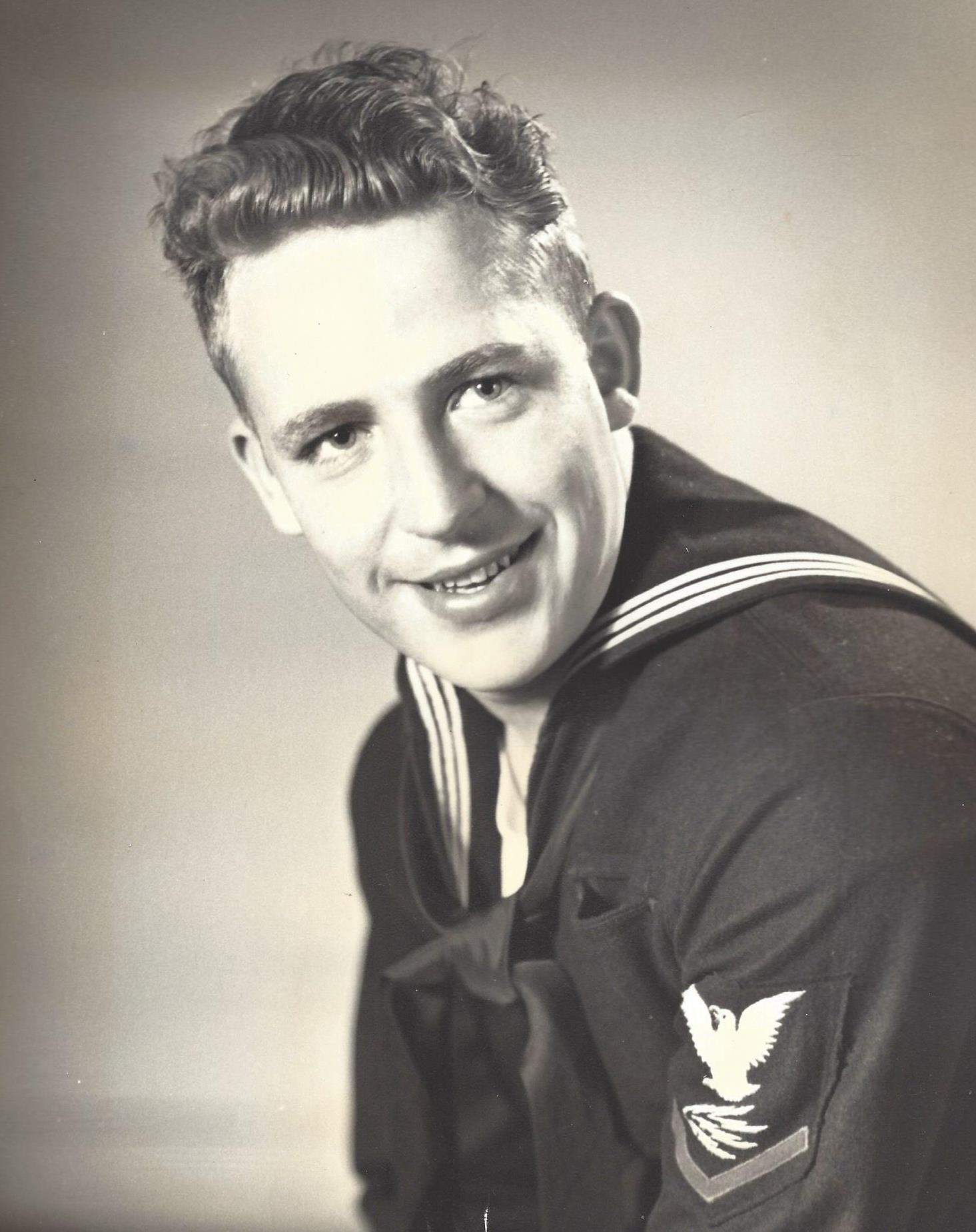 In 1956, Homewood Disposal (then called Homewood Scavenger) was a three-truck operation founded by Chicago native Wendell (Wendy) E. Yonker, who picked up garbage from residents in Homewood, Illinois. A man of faith, Wendy built his business around a set of core values–Community, Service, Family and Stewardship. These values are not only part of the company’s history, but an integral part of how Homewood Disposal operates each day.

In the 1960s, while the country was immersed in a decade of radical changes, Yonker’s small company was focused on expanding services to more area residents. In conjunction with another local company, Star Disposal (Park Forest, IL), we offered our first roll-off dumpsters. Star Disposal was the first among a number of companies we merged with to extend our service area.

As a customer of our trash, recycling, yard waste and other services, you may know us as:

Over the years, Homewood Disposal has become a family-owned and operated business. Wendell’s son Tom joined the company after he graduated from college and eventually became a partner. Since then, Tom’s children have also become part of the Homewood Disposal team and are thrilled to help lead the company into the future. 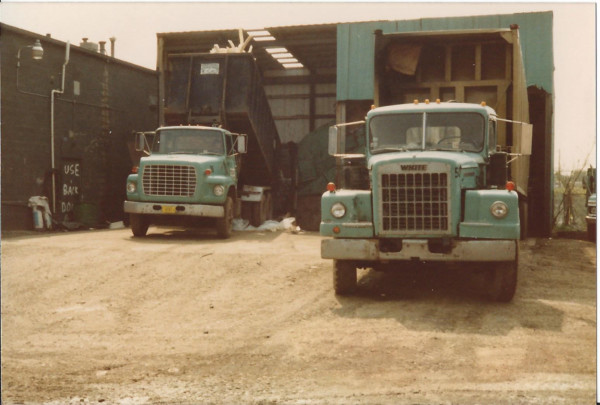 Growing Communities and Growing Concerns for the Environment

The growth of Homewood Disposal continued in the 1970s with a larger fleet, more staff, a move to East Hazel Crest, IL, and services offered throughout Cook, DuPage, Grundy, Kankakee, and Will Counties.

We weren’t the only ones growing. In the 1980s, the communities we served grew, too, making it necessary to build and operate our own transfer station. When it was completed, it allowed us to dump our trucks at our own facility. Homewood Disposal now operates three transfer stations in East Hazel Crest and Park Forest, IL and Valparaiso, IN, which are all open to the public.

In 1990, acting on its core value of stewardship, Homewood Disposal introduced its first curbside recycling program in the Village of Homewood, recycling 40 tons each day. Today, our recycling facility handles more than 600 tons per day.

The decade didn’t end before we added our Special Hauling division in 1994, and our Street and Parking Lot Sweeping program in 1996. 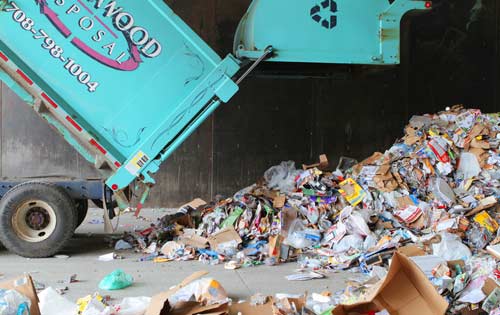 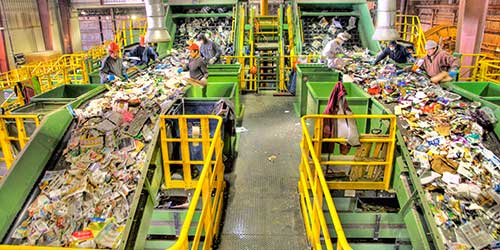 The new millennium ushered in changes for Homewood Disposal as well as for our customers. After operating out of East Hazel Crest for more than 30 years, we made the move back to Homewood with the construction of our new corporate headquarters.

In 2001, Homewood Disposal partnered with the successful Indiana portable restroom company, Service Sanitation, Inc., a great addition to the services we offer. We acquired routes and a transfer station in Northwest Indiana in 2009 and were able to service commercial customers under the name Star Disposal of Indiana.

“Going green” also happened in a big way. We built our state-of-the-art recycling facility, Diversified Recycling. In an effort to be more environmentally responsible, we introduced new trucks in 2012 that run on compressed natural gas (CNG). CNG is quieter, has greatly reduced emissions, and uses natural gas from the United States. This reduces our dependency on the volatile foreign petroleum market and reduces our carbon footprint. By 2014, our recycling facility was able to sort various materials, allowing customers to place all recyclables in one container.

Overall, our list of services has tripled since Homewood Disposal’s very humble beginnings. 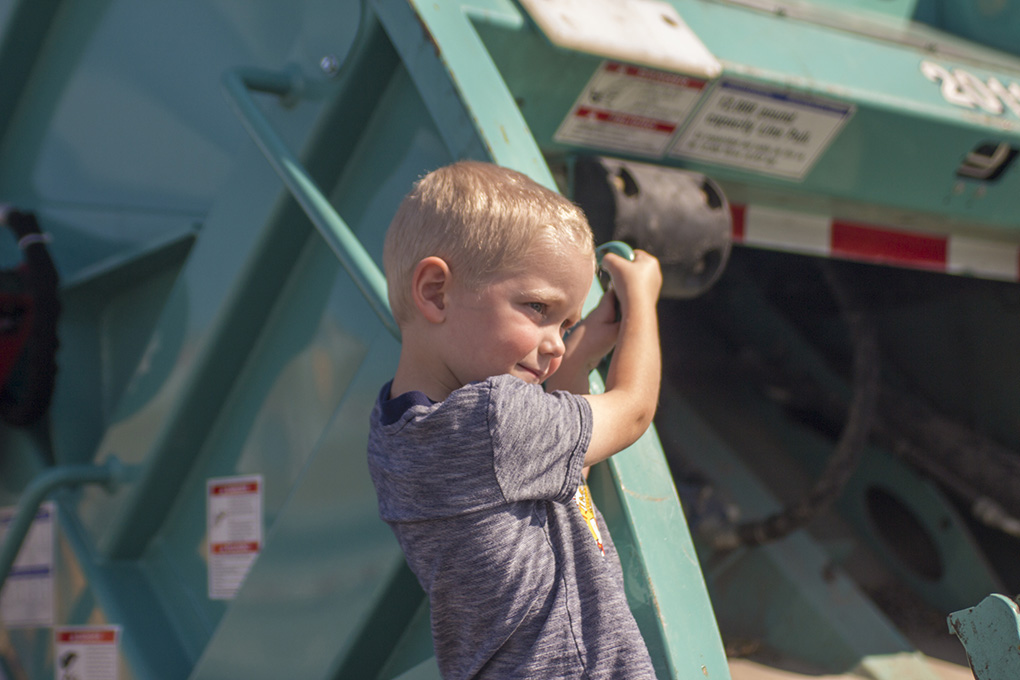 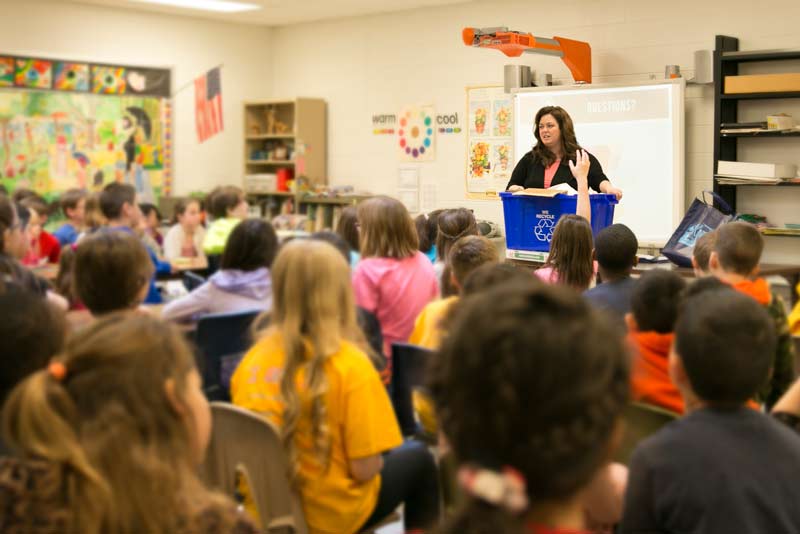 Caring for the communities we serve doesn’t end with the trash and recycling services we provide.

In addition, we often are involved in local Chamber of Commerce activities and in the planning and development of municipal waste handling programs. Being a Platinum Sponsor of the Chicago Southland Chamber is just one testament to that commitment.

Educating local youth about the importance of stewardship is the mission of our education program. Homewood Disposal representatives regularly visit schools, and we welcome groups to our facility classroom for on-site field trips. Helping us in those efforts is our mascot, Wendy the Waste Truck, named in honor of Homewood Disposal’s founder. Like our other waste trucks, Wendy runs completely on CNG, a clean burning fuel.

We also believe in giving back, and Homewood Disposal financially supports many local organizations and charities.

Like every great story, ours has developed over time. It’s a story of commitment to our customers, caring for the communities we serve (and live in!), and stewardship of the earth to help ensure the “greenest” present and future possible.

We’re in Your Neighborhood