By CAROLYN PARSON
For the Monroe Journal
ABERDEEN – During its June 4 meeting, the board of aldermen approved a pole rental rate increase for Metrocast. The cable company currently pays an annual rate of $8 per pole and the rate will increase to $29.61 per pole.
The new rate, which takes effect Jan. 1 2014, will bring the rate in Aberdeen to the same rate Metrocast pays in Amory for utility pole rental.
There was concern of the increase rate being passed down to consumers, but it was noted that cable subscriptions did not increase customer costs in Amory.
Metrocast southern regional manager Rick Ferrell addressed the board on the issue at its May 21 meeting, stating that an increase in cable fees could possibly be passed on to customers, but he wasn’t not aware of any plans to do so.
Aberdeen Electric Department manager Jerry Ledbetter said his department will conduct a pole audit this fall. The increase in the pole rental will be added to the electric department’s budget. Other utilities paying for pole rental will be affected by the increase.
Proceeding with the city’s new plan to go to a once a week garbage pick up, the board awarded the bid for the new garbage carts to Otto Environmental Systems. The city is still pursuing financing for the purchase.
“The new carts will hold more garbage and can easily be tipped and rolled to the curb for pick up,” said Mayor Cecil Belle.
Three Rivers Planning and Development District solid waste specialist Dan Reese advised the city on the project. Reese also worked with Monroe County when it started the program a few years ago.
Another item regarding sanitation was Belle’s signing of a proclamation declaring June 17 as Waste and Recycling Workers Week in Aberdeen. On this day, citizens are encouraged to be more aware of the need for quality garbage men.
Aligning with the county’s recent redistricting, aldermen also approved the new polling site for Ward 3 at the Parks and Recreation building at 611 West Commerce.
The board also approved a request from Axiall for a 10-year tax exemption.
Engineer Dustin Dabbs informed the board that the paving project for the Aberdeen Park and Rec parking lot totaled $65,000, which is $15,000 below the $80,000 budgeted amount.
Aldermen approved a CAP loan application for roof improvements at Holly Performance Parts. The board also approved an application for a $150,000 matching grant for sidewalk 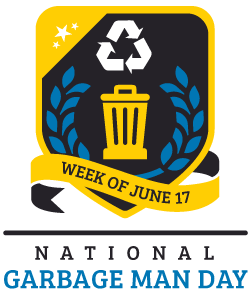