A panel of CEOs from major waste and recycling companies in the United States, Brazil and China addressed topics ranging from recycling to waste to energy during Wastecon/ISWA World Congress 2017, a combined conference hosted by the Solid Waste Association of North America (SWANA), Silver Spring, Maryland, and the International Solid Waste Association (ISWA), Wien, Austria, in Baltimore Sept. 25-27, 2017.

Chen said China’s solid waste industry is valued at $100 billion. He added that the country’s recycling rate ranges from 2 to 3 percent, with roughly 40 percent of China’s waste headed to waste-to-energy (WTE) facilities in the country. He added that he sees China increasing its use of WTE as a disposal option considering the country’s scarcity of land and growing population, which stood at 1.38 billion people in 2016.

Pedriero said, like China, Brazil’s recycling rate hovers around 2 percent. He attributed the low rate to a lack of recycling infrastructure. However, he expressed hope that this would change as school children go through recycling education programs. Pedriero noted that Brazil recently installed its first large-scale mixed waste material recovery facility (MRF) in Sao Paulo. He said the plant, which features equipment from Germany-based Stadler, can process 500 tons of material per day. 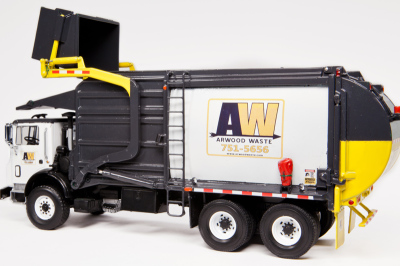 Brazil is on par with the U.S. in terms of landfill regulations and waste management services, Pedriero said. However, he said the industry is likely one-third the size of the U.S. waste industry.

Concerning recycling in the U.S., Fish said the introduction of single-stream recycling helped the country to catch up “to some degree” with recycling in Europe. However, Fish added, this collection method has delivered a great deal of trash to recycling plants in addition to recyclables. He said education was needed to address this problem, adding that diversion is not the same thing as recycling.

Hoffman pointed out that China imports a good deal of recyclables from the U.S. and Europe. He asked Chen if there was an opportunity for that country to increase its internal recovery of recyclables. Chen said, yes, as the recycling system in China improves, the country should import less recyclable material from the U.S.

Regarding the potential growth of WTE in the U.S., Jones said the amount of land we have in this country makes landfilling a less expensive option. While he said he could envision the expansion of existing WTE facilities in the U.S., new facilities likely would not be developed in the near future.

Fish offered numbers on the various disposal options. He said the average landfill cost in the U.S. is $20 per ton, while WTE costs $45 per ton and recycling, $70 per ton.

When it comes to using data and technology to improve efficiencies in the waste and recycling industry, Fish said there is a scarcity of current and accurate information that can hinder that process. However, he said that when it comes to maintenance, the company is capturing data to use for predictive purposes, adding that he feels there is enough information to do that effectively.

Among the technology Estre Ambiental employs are GPS and route optimization software, Pedriero said. The company also encourages competition among its drivers that is awarded with additional compensation to improve effiency.

In 2018, Wastecon will be in Nashville, Tennessee, in August, while ISWA World Congress will be in Kuala Lumpur, Malaysia, in October.