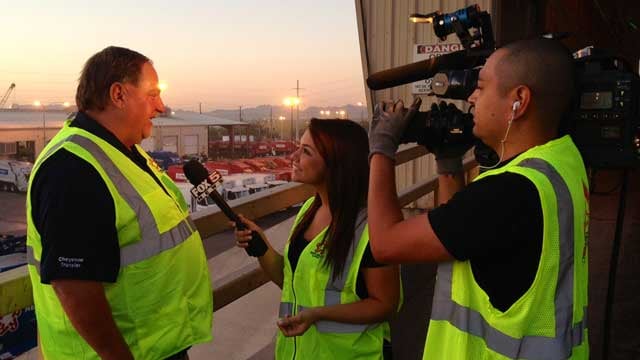 Waste management company Republic Services celebrated along with the men and women who work to collect trash from residences and businesses.

The company said it employs more than 1,300 people in southern Nevada to staff its two recycling centers, two transfer stations and two landfills.

While the day is dedicated in name to “garbage men,” women who are employed in the field are also getting equal recognition.

Driver Anissa Richards, a 16-year veteran of the waste management, said there are a lot of benchmarks to work toward in belonging in the business.

“You really have to prove yourself,” Richards, who drives

for Republic Services, said. “It’s very challenging but I’ve proved myself. I can do the job.”

For landfill supervisor Tom, the appreciation the company he works for is what has kept him in the garbage business.

“They always look out for our safety,” Tom said. “It’s basically about doing a job you enjoy. A lot of us take pride in what we do.”

The company invited folks to take a picture of their own garbage collecting as part of the appreciation day. You can upload them to facebook.com/RepublicServicesVegas for a chance to win a prize.

In addition, the company suggested a few tips on showing appreciation on this day: